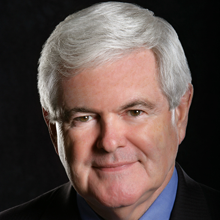 Newt Gingrich is well-known as the architect of the “Contract with America” that led the Republican Party to victory in 1994 by capturing the majority in the U.S. House of Representatives for the first time in forty years. After he was elected Speaker, he disrupted the status quo by moving power out of Washington and back to the American people. Under his leadership, Congress passed welfare reform, the first balanced budget in a generation, and the first tax cut in sixteen years. In addition, the Congress restored funding to strengthen defense and intelligence capabilities, an action later lauded by the bipartisan 9/11 Commission.

But there is a lot more to Newt Gingrich than these remarkable achievements. As an author, Newt has published twenty-six books including 14 fiction and nonfiction New York Times best-sellers. 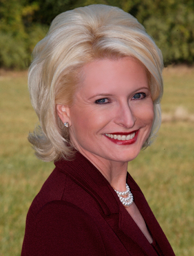 Callista Gingrich is the President of Gingrich Productions, a multimedia production company based in Washington, DC.

Mrs. Gingrich is also the voice for several audio books, including A Nation Like No Other, Valley Forge, To Save America, To Try Men’s Souls, 5 Principles for a Successful Life, Drill Here, Drill Now, Pay Less, The Art of Transformation, Real Change, A Contract with the Earth, and Rediscovering God in America.

Callista’s photography is featured in the New York Times best seller, Rediscovering God in America, as well as in, Ronald Reagan: Rendezvous with Destiny, a photographic collection inspired by Newt and Callista’s award-winning documentary film.